A revolutionary art movement that begun around 1907, cubism took a fresh look at reality. Different, seemingly unrelated objects were brought together in a unique way to create a picture that seemed distorted and broken. The name came from an art critic, who stated that the paintings used geometric lines to reduce all objects to cubes.

This abstract style of painting was created by Pablo Picasso and Georges Braques in response to a rapidly developing world and in an effort to shake off traditional art forms that they believed were no longer relevant.

The pioneers of the influential art style were heavily influenced by Paul Cézanne, who spent the later years of his life creating images from unique points of view. Picasso was also interested in ancient African tribal masks, which presented an unmistakable human face, but in a form that was highly stylized.

There were two distinct forms of cubism. Analytical cubism tended to focus on the earliest forms of the art style, which had harsher lines and a muted colour palette. Planes and lines were interwoven to give multiple viewpoints on the same two-dimensional canvas. As the style developed, synthetic cubism became more popular, which incorporated brighter colours and simpler shapes. The paintings would become an opportunity to create a collage, incorporating real objects into the finished piece.

Picasso’s Les Demoiselles d’Avignon is considered to be the marker of the beginning of the cubism movement. The painting shows five naked women, represented as a series of sharp, jagged shapes, with the background jutting out behind them. It is thought that a lot of preparatory work went into this painting, as Picasso sought to create a revolutionary masterpiece. He filled 16 notebooks with drawings and ideas, with intentions to shatter traditional notions of art. The piece was finished in 1907 and it was certainly revolutionary. Despite its popularity now, it took a while for art critics to respond favorably. 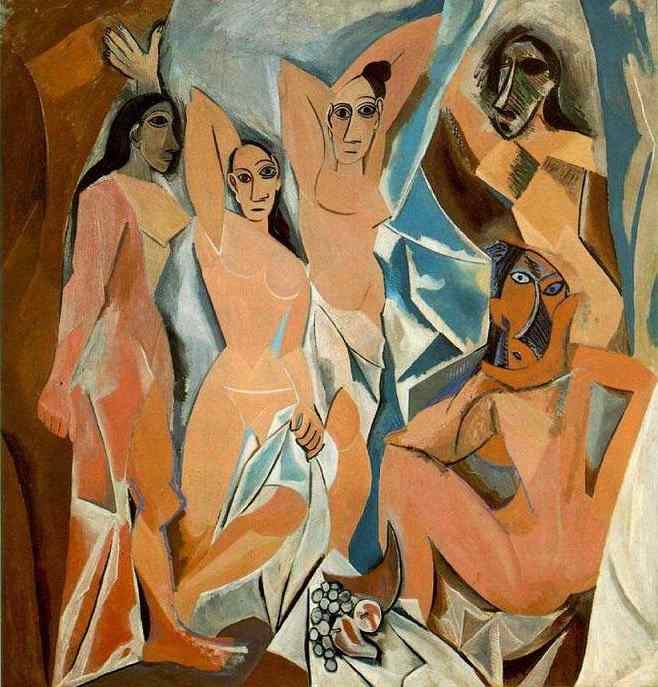 In 1913, Georges Braque created Woman with a Guitar. This cubist oil painting was enhanced with charcoal and features exactly what the title suggests – a woman with a guitar, although it does take a moment to find the defining characteristics of the subject. Despite the busy image, Braque has cleverly created harmony by including symmetrical shading and straight lines to make to easier to pick out the image. It is a wonderful example of synthetic cubism. 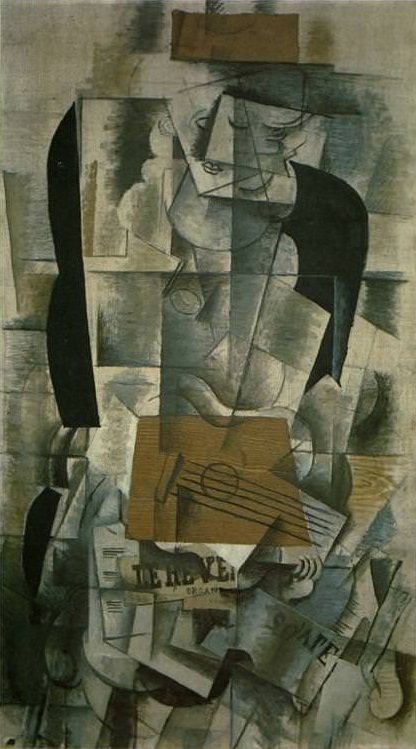 Juan Gris was another important figure in cubism. One of his most famous pieces was Glass of Beer and Playing Cards, taking a traditionally masculine notion and giving his unique take on the subject. He was more colourful than Picasso, helping to drive forward the idea of synthetic cubism. He also took a more systematic approach to his abstract work, using the idea of vertical strips to adapt perception.

About a year before, Gris painted a portrait of his friend, Picasso. Portrait of Picasso is considered to be the first cubist painting not created by Picasso or Braque. This picture has a sense of symmetry to it that was not typical of the movement, but the colour palette was much closer to that used by Picasso himself.

Considered to be one of the most important art eras, cubism continues to influence artists around the world today. In 2009, Robert Rooney presented his works in a Cubism and Australian Art exhibition held in Melbourne. Some of his pieces, including After Colonial Cubism and Le Rire, Beard and Baby have a clear abstract style. 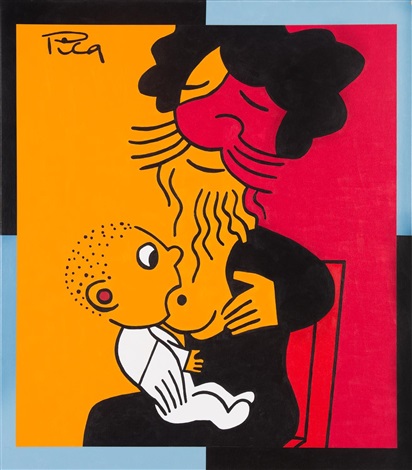 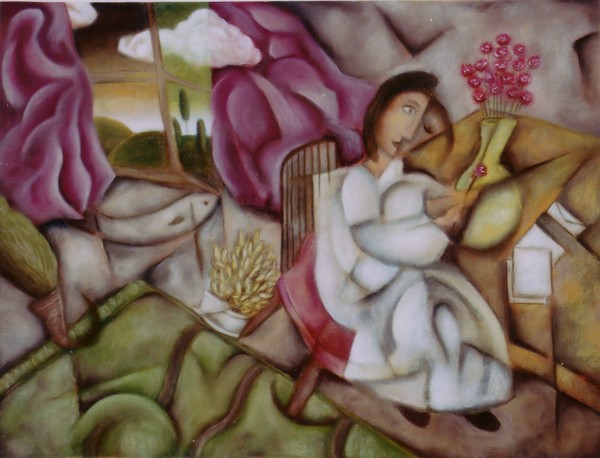