The History of Water Colour

Since 1832 when Henry Newton and William Winsor introduced the first moist water colours to the world, much of our reputation for supreme quality and innovation has stemmed from the Artists' Water Colour range.

175  years on, Winsors have continued to innovate by introducing new colours and by constantly improving our formulations. See the Winsor & Newton timeline below to gain an insight into this medium's rich history.

The first use of Gum Arabic was in pre-historic times when early man was quick to recognise the possible uses of the natural materials around him. It is unclear in fact whether it is gums or oils which were first used in cave and body painting.

Records do show the use of Gum Arabic as a binder by the Egyptians. The combining of pigment and binder by the artist in situ whilst painting continued until the 18th century. 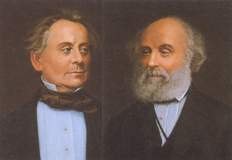 William Winsor and Henry Newton, both painters and chemists invented ‘moist' water colours. Whole or half pans of water colour moist enough for colour to be lifted by only the application of a wet brush. The secret ingredient was glycerine and this invention set Winsor & Newton onto the path of international fame and reputation which remains to this day.

Imagine the sudden ease for painters, able to paint by simply wetting the brush!

The metal tube had been invented a couple of years earlier by an American oil painter. Winsor & Newton were quick to see that as the only colourmen with moist water colour formulations the metal tube just had to be theirs! Having secured the patent for manufacture, William Winsor invented the screw cap and the paint tube as we know it was born! Water colour in tubes allowed and still does, for stronger washes in larger quantities, made up in a shorter time than is possible from pans.

During the 1880's a raging argument ran throughout England regarding the secrecy of artists' colourmen and the resultant suspicions that their products were less than permanent. This led to a government enquiry by two leading independent authorities. Their results showed that the best companies like Winsor & Newton produced only the highest possible quality colours and in 1892 to show willingness, Winsor & Newton were the first company to publish the composition and permanence of their colours, a practice which has continued ever since. 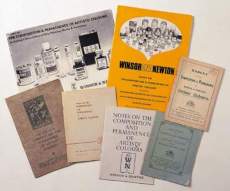 Thanks to the automotive and plastics industries the permanence and range of pigments available by the 1990's surpassed the choice of the past beyond comprehension.

Thirty five new colours were introduced seeing the greatest change to Artists' Water Colour for 164 years. These colours are stronger, brighter and offer the degree of permanence historically only available in oil colour. 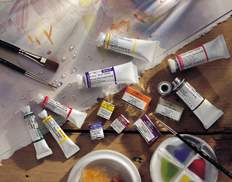 Today, the Artists' Water Colour range has benefited from even further advancements in pigment technology and production methods.  This has enabled Winsors to build upon their already high standards to produce even brighter, more transparent and more stable colours. Fifteen new colours have now been introduced to offer a range of 96 colours that cannot be surpassed. 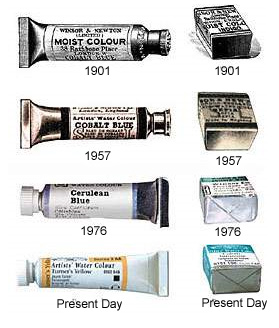