Derwent pencils are made in the UK by the Cumberland Pencil Company, who have been making pencils in Cumbria since 1832. The company pride themselves on producing a high quality, British product that combines traditional pencil making skills with state of the art manufacturing techniques. 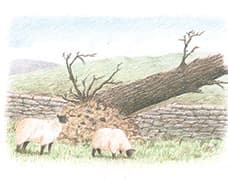 Legend has it that in the early 1500s a violent storm in the Borrowdale area of Cumberland led to trees being uprooted and the discovery of a strange black material underneath. This material turned out to be graphite, and shepherds began to use it to mark their sheep. 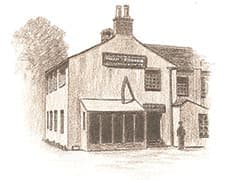 The first pencil manufacturing factory was recorded in Keswick in 1832. The factory has since had various owners, but it became the Cumberland Pencil Company in 1916. The Lakeland children's range was launched in 1930, followed by the Derwent brand of fine art pencils in 1938. By 1939 a total of 72 Derwent colours had been developed. 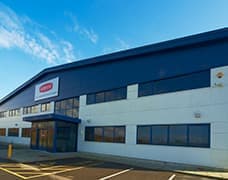 Since then, a huge variety of artists' materials has been developed, from the traditional to the highly innoative. The product range may have expanded beyond recognition, but Derwent's commiment to excellence remains the same.

Derwent has a clearly defined quality management system that complies with the internationally recognised standard, ISO 9001. Quality is of high importance from purchasing the raw materials to despatching the finished products.

Situated in the Lake District National Park, the company are perhaps more aware than most about how important it is to protect the natural environment. Derwent comply with the ISO 14001 environmental management standard and are comitted to ensuring their processes have minimal environmental impact. As a result of their awareness, Derwent have been awarded a number of prestigous awards, including the Queen's Award for Enterprise for developing a solvent free paint application system and th BOSS Federation Environmental Award for the past 11 years.

Derwent have been awarded the RoSPA President's Award for Occupational Safety and Health, which is only open to companies who have already achieved 10 consecutive RoSPA Gold Awards.

The Derwent pencil manufacturing process combines the traditional pencil making skills of generations of local craftsmen with contemporary state of the art manufacturing techniques. Many of these processes have been pioneered by Derwent, and the quality and consistency of manufacture are unsurpassed. The basic principles of pencil making have remained the same over the centuries, although production methods have obviously changed consideraby. The process is now almost entirely an automatic process, whereas at one time every single stage was carried out by hand.

The strip or core of the pencil is made by mixing various clays, waxes and resins, and only the finest pigments are used to ensure optimum lightfastness, smoothness and purity. To create graphite sketching pencils graphite is mixed with clay and other binding materials; this is done in varying proportions in order to create different degrees of hardness. This mixture is then extruded to form a strip which is cut to the desired length and ready to be sealed in the wood case. With graphite pencils the core must be fired in a kiln to reduce excess moisture.

All Derwent wood-cased pencils are made from the finest incense cedar wood, supplied in specially treated slats. The slats are grooved to accept the graphite or colour strips and, after bonding the strip into the groove, a further slat is placed on top. The resulting pencil ‘sandwich’ is cut into separate units which are made round or hexagonal, depending on the pencil being produced

In the past this process would have been carried out by hand, starting with the shipping of the cedar logs from South America. These logs would be laboriously sawn to different lengths, cut into thin planks and a channel grooved out to accept the pencil core. The same process would have been carried out again to create the other half of the woodcase. The pencil core was manually rubbed down to remove any excess graphite. Once the case and the core were assembled the 'blocks' were clamped together and left to dry. Once dry each block was passed through a machine with a revolving cutter to create the familiar round pencil barrel.

All Derwent pencils feature a distinctive livery designed to reflect their quality and style. The pencil barrel itself may be natural or coloured, with a contrasting dipped end to aid identification. The pencils are finished using a unique UV process developed by Derwent as a more environmentally friendly alternative to lacquering. After shaping the pencils and rounding the edges, the pencils are imprinted with manufacturing information then automatically sharpened to a fine point.

In the past pencils were manually polished by rubbing them with a leather covered roller and board. Varnishing was a later addition to the manufacturing process and was designed to enhance the colour of the wood and also prevented the pencil frm becoming dirty. Finally the pencils were cut into a uniform lnegth with a saw and trimmed as necessary with a razor blade. Each individual pencil was then stamped with the company name and pencil type, either by a simple impression or by hand-gilding in metal leaf.

Dipping not only gives Derwent pencils a distinctive look but helps to identify the pencil range and exact colour. They are dipped twice at an angle, but dipped at a different length to create a stripe between the barrel and pencil end. The stripe identifies the pencil range while the end dip identifies the colour. This final dip is done using paints mixed on site to ensure an identical colour match.

The completed pencils are stored in batches according to type or colour, then packed on demand. It can take up to 17 people to pack a tin of 72 pencils while a 12 tin takes eight – packing two tins at a time! Once the tins are full, the contents are shrink-wrapped for protection before the lids are put on. The finished product is then shrink-wrapped again to keep it looking pristine. Despite the manual effort involved, the packers can pack up to 1200 tins of 12 pencils per hour or up to 600 tins of 72.

In the early days, pencils were simply tied up in 'half-grosses' (i.e. bundles of 72). In the past the overall process was very labour intensive and saw the factory turn out 5-6 million pencils a year. Today it is not unheard of that the factory will produce 1 million in a single week!